One of the main claims that are being used to promote ‘Holy’ is that it is about Netflix’s first Spanish-Brazilian series. The platform has already made several original series in both countries – in Spain more than in Brazil, yes, well, in our country already close to thirty-, but the idea of ​​joining forces always sounds interesting, both for offering a more varied artistic approach and for the possibility of having an extra hook in more markets.

Released last Friday, September 16, ‘Santo’ is a thriller about the search for an enigmatic drug trafficker whose face no one seems to know. This leads to two very different police officers investigating the matter, one in Spain and the other in Brazil, but their paths soon cross. On paper, a powerful and engaging premise, but at the moment of truth we are facing a series with an undeniable visual energy that fails in the narrative.

The power of ‘Holy’

If anything ‘Santo’ cannot be accused of is beating around the bush, as he opts for a direct approach in which dramatic impacts happen every so often. That often translates into great sparks of violence that warn the suspense around that Saint that gives the series its title, all of them shown with a nerve behind the cameras that encourages its most immersive component.

In addition, there are several moments in the six episodes that make up this first season of ‘Santo’ in which the dialogues are almost completely dispensed with to let the images speak for themselves, a refreshing decisionsince it is more and more common for series to explain everything through dialogue and that what happens on screen is little more than a force of what their characters say.

This decision is maintained throughout the entire series, but it is especially striking in its first episode, working very well as a gateway for those viewers looking for something out of the norm. In addition, the technical invoice accompanies and helps ‘Santo’ have a distinctive visual lookdirty in general lines and that acquires a different dimension when everything related to Santeria enters the scene. 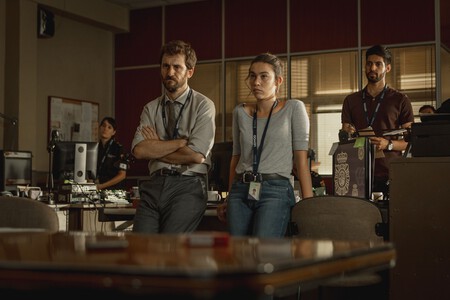 Taking that into account, ‘Santo’ could have been exciting, but the truth is that the scripts do not accompanyboth because of how dispersed it becomes in narrative terms, which weakens the forceful story it tells, and because of the drawing of its characters that can be quite improved, something quite evident in some unstimulating dialogues, both because of its unnaturalness in lines general and by how rigid they become in some moments more focused on research.

That also affects the work of the actorswhere Raul Arevalo (‘Riot gear’) is the one who looks the most like a rude policeman who becomes obsessed with Santo’s case. The rest of the performers didn’t tell me much, especially as the six episodes progressed, even though I am aware of the talent of several of them. 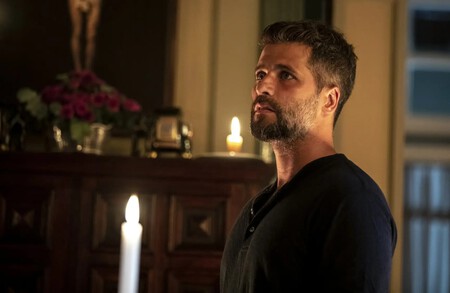 I can’t say that I regret having seen ‘Santo’, but I do I have mixed feelings. On the one hand, its visual energy leaves us with very powerful scenes and also the work in the technical sections accompanies it so that it looks even better in that facet. On the other hand, the story is presented in such a way that I was about to disconnect at various times and both its characters and dialogues lack that strength that its images do have.