Free, open source and cross-platform. Those are some of the features that have made Audacity such a popular audio editor in the 22 years it’s been around. Other outstanding features could be the tool palette it offers, its versatility, or the support for third-party plugins. and now it comes Audacity 3.2 with some new features that should make it an even more versatile and, ultimately, better editor.

The VST3 support is the main new feature of Audacity 3.2, at least in terms of the number of users affected (the other notable novelty only affects the macOS version). In addition, taking into account the number of tools that have been released in recent years in VST3 format without a VST2 version, and the uncertain future that awaits the latter, it is clear that VST3 is no longer something optional for any application that aspire to stay in good health on stage. So, with this addition, Audacity 3.2 now supports VST2, VST3, AU, LADSPA, LV2 and Nyquist plugin formats. And all of them except Nyquist are able to take advantage of the real-time effect usage feature that the program introduced in version 3.1.

In addition, users of Apple computers with M1 and M2 processors can rejoice in the support for the Apple Silicon architecture that also arrives with Audacity 3.2. According to the Audacity Github page, there are also other changes regarding the program’s interface and functionality, such as a new button for audio settingsupdated icons, the option to add effects in real time from the track menuyessupport for Wavpack compression format and other news that you can review in the link that closes the news. 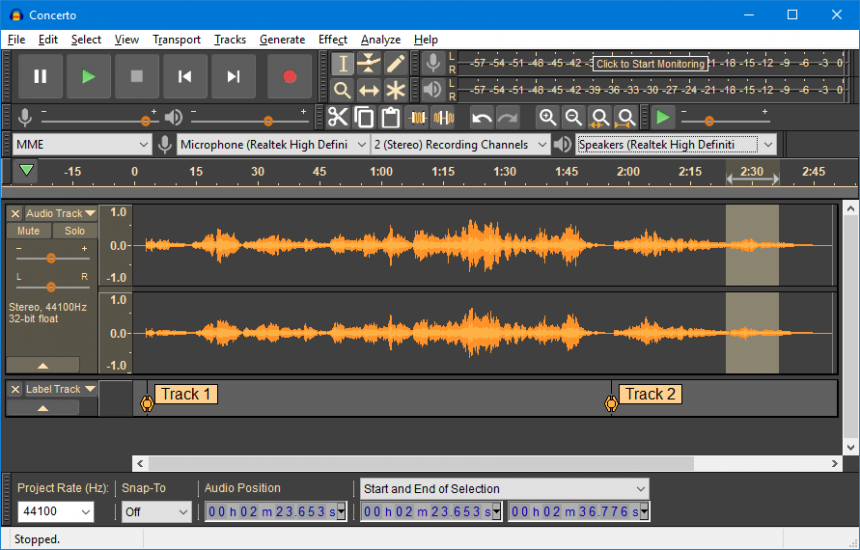 Audacity 3.2 is free and is available for Windows, macOS Y Linux.