After NVIDIA revealed its new GeForce RTX 4090 and RTX 4080 graphics cards with the GPU Ada Lovelacewhich can have dimensions similar to those of an Xbox Series X, details about the energy supply requirements that will haveat least according to the manufacturers.

And it is that as detailed Tom’s Hardwarethe partners of AIB (the manufacturers), NVIDIA cards, are showing different recommendations for the power supply that vary depending on the RTX 4090 models, going from 850W as a minimum source, 1000W as recommended, although there are some that They even specify 1200W.

The models known so far are as follows

The media details that, for example, in the case of Asus, mainly with its ROG Strix model, where a 1000W source is recommended, the brand assumes that users will focus on overlocking, both CPU and GPU, with which they would be left over.

For brands such as PNY, MSI, Galaxy and Inno3D, the models are based on the power source reference indicated by NVIDIA, which in principle should be enough to power the system.

However, Palit’s model stands out above all, recommending a 1200W power supply. This may be mainly because the brand is targeting configurations involving processors i9-12900K with overlockthus allowing a sufficient margin of power.

The problem of PSUs and power requirements

Although there may be power supply options from up to 1550Weach system configuration is completely different, with different energy requirements that should be valued. 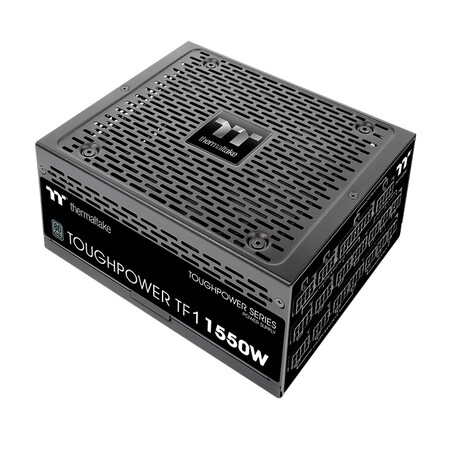 Yes, Thermaltake has its own 1550W power supply.

In the case of NVIDIA GPUs, the brand indicates that its maximum consumption is 450Wso the “base” of sources of at least 850W should be the standard for team building.

However, there are additional variations as well, mainly for the overclocking segment, where their processors can consume up to 300W of powerwhere a power source with a higher number (up to 1200W) opens up a greater margin of work.