On the social network Twitter, the prosecutor Eduardo Rodríguez, from the province of Colón, specified that they also arrested three people of Colombian nationality, for which it is assumed that the illicit substances, presumably cocaine, were transported from the neighboring South American nation. 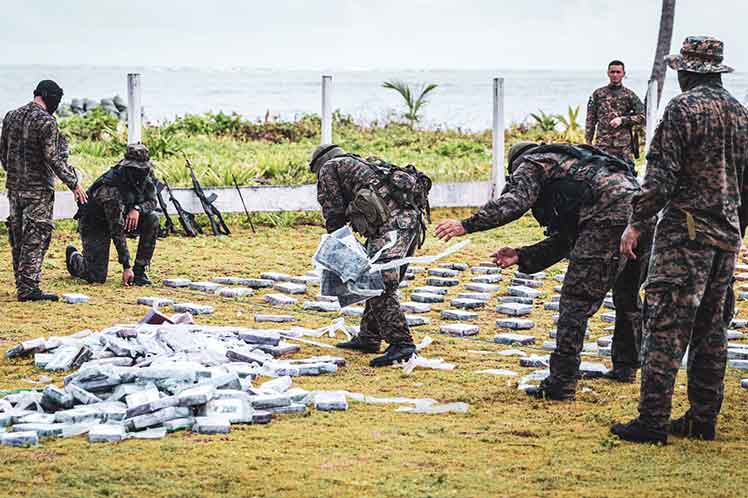 The three people apprehended in this operation will be brought in the next few hours before a Judge of Guarantees, he said.

He added that the operation was carried out in conjunction with the National Border Service on the Chichime Chica and Chichime Grande islands of the Guna Yala indigenous region.

The official explained that this type of vessel, also called low profile, sails with three parts of its structure underwater, which makes it difficult to detect.

It is the first vessel of this type to be located in the Caribbean Sea sector, since its use is more frequent in the waters of the Pacific Ocean, less aggressive for its type.

According to Rodríguez, with this operation in that region, 37.2 tons of drugs were seized, which represents 45 percent of all drugs seized so far this year in the country.

The United States is the main market for drugs from South America and whose traffickers use the canal nation as a bridge.

According to the Minister of Security, Juan Manuel Pino, Panama seized 128.7 tons of drugs in 2021, almost 40 tons more than its previous historical record for drug seizures, set in 2019.