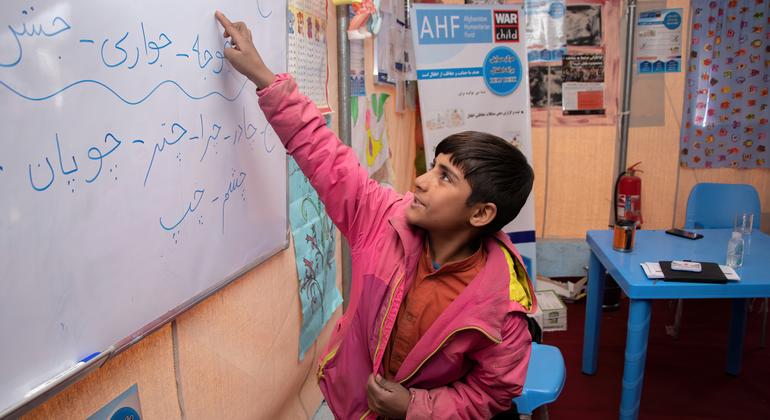 In all regions except sub-Saharan Africa, young men are thus under-represented in higher education. This phenomenon is particularly salient in Latin America and the Caribbean, North America and Western Europe, where 81 young men for every 100 young women are enrolled in tertiary education.

There are currently more out-of-school boys than girls. How to ensure that all students, girls & boys, receive the education they deserve?

In East Asia and the Pacific, the equivalent is 87, while in the Arab states in Central and Eastern Europe, it is 91.

According to UNESCO, poverty and child labor are the “barriers” to boys’ education. They prevent boys from fully engaging in learning and contribute to grade repetition and school dropout.

“Poverty and child labor lead some boys to drop out of school,” said Audrey Azoulay, Director-General of UNESCO, in a statement.

According to a study conducted in 2020, of the 160 million working children, 97 million were boys. One of the main reasons for these figures is the absence of a protective legal framework.

To avoid dropping out of school, UNESCO recommends identifying the “warning signs” and providing solutions. In fact, in some countries, the signs indicating that boys are falling behind in education appear from the end of primary school.

In 57 countries with data, 10-year-old boys performed worse than girls in reading literacy and in adolescence. At the secondary level, boys lag behind girls in this area.

Boys’ risk of dropping out of school is highest in East Asia and the Pacific, Latin America and the Caribbean, and the Arab States.

More generally, there are only 88 men enrolled in higher education for every 100 women. In 73 countries, young men are less likely than young women to enroll in upper secondary education, while the opposite is true only in 48 countries.

“To combat this phenomenon, it is urgent that States align the minimum age for access to employment with the end of compulsory schooling”, indicated the Director-General of UNESCO.

For UNESCO, it is necessary to build and finance equitable education systems, and to promote integrated approaches to improve the education of all learners.