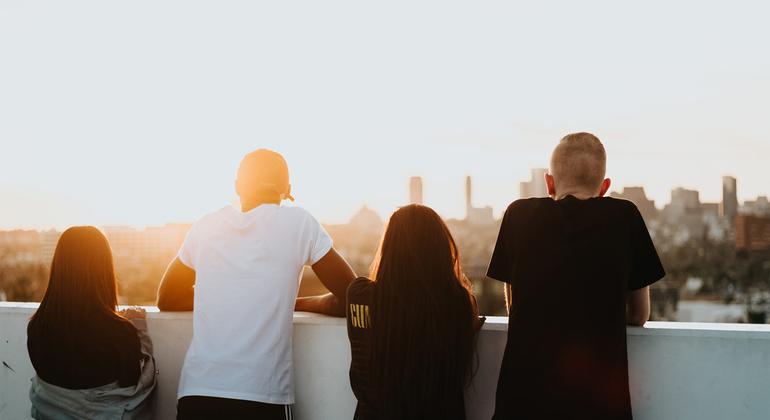 “From Europe to Africa… from the Americas and the Caribbean to Oceania… it is spoken by almost 300 million people, a number that is also set to double in the decades to come”, specified Antonio Guterres.

Indeed the number of French speakers in the world should rise to more than 700 million in 2060. It is the 5th most spoken language in the world after Chinese, English, Spanish and Arabic; and the 4th language of the internet.

French helps to weave links between nations and is a driver of dialogue and solidarity.
– Antonio Guterres

An engine of dialogue and solidarity

The UN chief pointed out that this Day is also an opportunity for the United Nations to celebrate French Language Day.

He underlined that within the Organization, French is a working language “on a daily basis, at Headquarters and in the field”.

“But it’s much more than that,” argued Mr. Guterres, “as the official language of more than 30 Member States, French helps to forge links between nations and is a driving force for dialogue and solidarity”.

According to him, French is a “vibrant symbol” of the collective attachment to multilingualism, which is one of the fundamental values ​​of the UN and an essential element for the success of international cooperation.

The Organization thus provides linguistic, translation and interpretation services. It offers French language courses at the UN and a range of content produced and distributed in French by the teams of the Department of Global Communications based in the four corners of the world. Services that have been maintained throughout the Covid-19 pandemic.

From Vienna to New York, via Abiyei, Nairobi, Geneva, Addis Ababa or South Lebanon, from many fun, educational and cultural activities were organized by the United Nations to mark French Language Day.

This theme highlights La Francophonie’s support for young people and their aspirations, particularly in the areas of entrepreneurship, digital technology and sustainable development.

“The French-speaking world is a place, yes, of cultural encounters, but also of professional encounters”, underlined the Representative of the OIF to the UN in New York, Ifigenia Kontoleontos, during an interview with UN Info. .

With more than 132 million learners and a very large majority of the 300 million French speakers on the five continents who are under 30, the OIF aims to network its diversity and promote “more exchanges of formative experiences innovation between young Francophones”.

This involves, for example, offering skills-building projects to women and young people “to improve their qualifications and improve their employability” so that they can access “interesting and decent jobs that will bring them a life of creation “.

Like the flagship project “D-CLIC, train yourself in digital technology”, launched in 2021. It aims to strengthen digital, individual and professional skills and offers around twenty certifying training courses, online and “very focused on youth”, bringing together marketing, communication, user interface, digital creation and the design and development of digital solutions.

The OIF invests in areas such as entrepreneurship, environmental preservation and energy transition and supports youth and women’s initiatives in “promising sectors and sectors with a future”.

The Organization thus wishes “that it be understood that French is also a professional asset”.

Language, the United Nations and the power to change attitudes

The UN stresses that language “has the power to change cultural and social attitudes” and “to promote gender equality and combat prejudice”.

It thus offers a toolbox How to communicate inclusively? » to learn to express oneself, both orally and in writing, in a non-discriminatory way, regardless of the sex or gender identity of the person you are talking to or to whom you are speaking. address, without conveying gender stereotypes.