Despite attempts, fruitful in many cases, by the media, for attract readers directly to your websites and apps, and not rely so much on social networks and the content they send to them, the reality is that custom has made it a difficult trend to stop. A new investigation by Pew Research accounts for this, and reveals that At least half of Americans get their news through social media.

According to research, Facebook beats all other social networking sites. Roughly a third of US adults (31%) say they get news from Facebook regularly.

From these percentages it can be deduced, for example, that new platforms like Twitch are not spaces where people find information, but rather entertainment, and that TikTok, despite all that it has grown, is behind other networks such as Twitter, in terms of space in which information is receivedsomething also logical because Twitter has a more informative aspect, and TikTok is more focused on training. 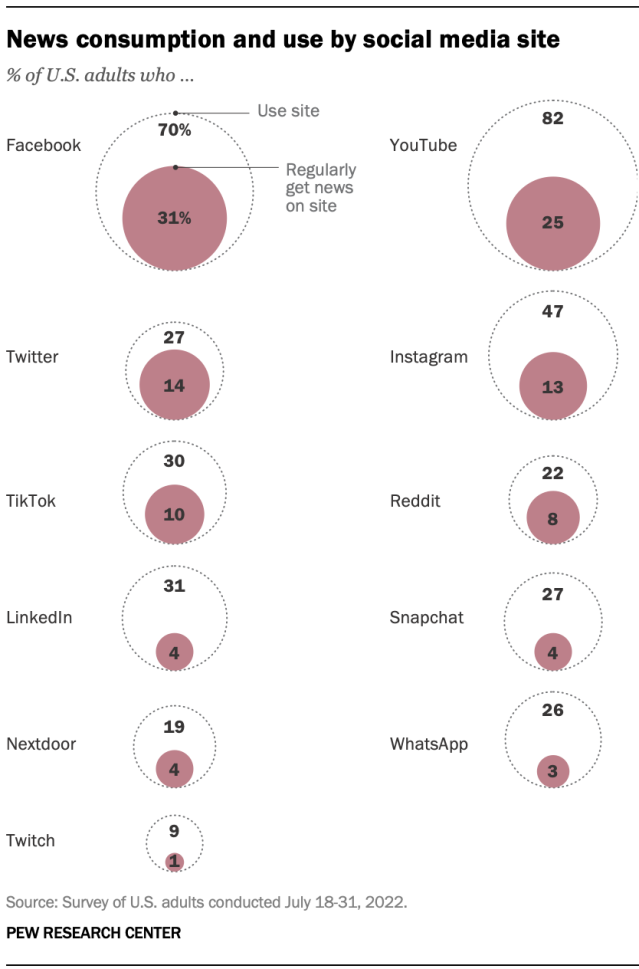 Although their total audience is relatively small (three in ten American adults (27%) use Twitter,) About half of those users (53%) turn to the site for news on a regular basis.

On the other hand, about the same proportion of adults (31%) use LinkedIn, but only 13% of its users regularly receive news on the site. 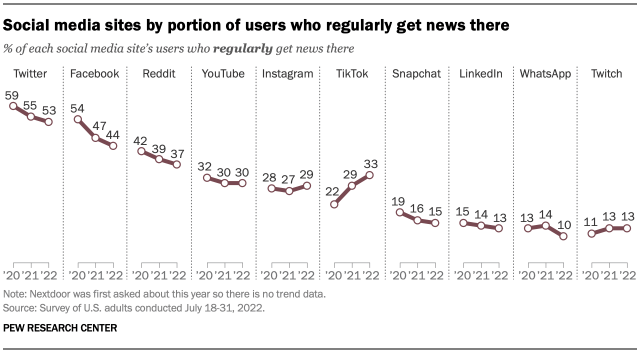