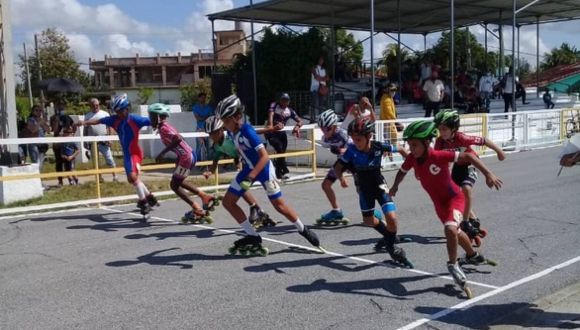 In this multi-sport event, 31 records were set among schoolchildren and two among youth. Photo: National Skating Commission.

With an accumulated 504 points, the Havana delegation won the 58th National School Games.

Santiago de Cuba, with 442 points, and Villa Clara, with 356, followed the Havanans in the table.

The Awards Ceremony for the 58th National School Games will be held on September 6 at the High Performance Athlete Training School (Esfaar) Cerro Pelado, he told HIT the director of the Inder School Sports Department, Ramón Ají.

In this edition of the Games, 31 records were set among schoolchildren and two among juniors.

The new records in the school category occurred in athletics (3), weightlifting (17), swimming (1) and archery (10).

In the youth the records were registered in athletics and cycling.

Alexander Stop Isaac. Athletics. Santiago de Cuba. Gold in the long jump with a mark of 8.06 meters, which places him as the first in the world ranking of his category.

Group of games with balls.

Group of games with balls.

(With information from HIT)