At the conclusion of the first security council of his Government, held in Quibdó (Chocó), he assured that the Public Force has some powers, some responsibilities, but it cannot itself definitively solve the problems of violence in a region like Chocó.

“A concept is needed that we have been defending and that we are now going to put into practice, which is the concept of Human Security, which implies that these security councils are not only from the Public Force, but also from a series of institutions that can be keys, without being armed, in the solution of the violence in Chocó”, he explained. 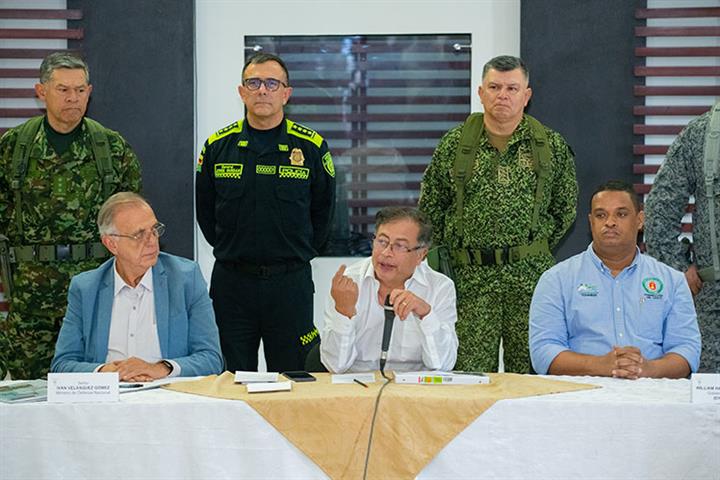 Petro said that part of the violence, which has the youth as the protagonist, whether as victim or perpetrator, can substantially decrease if there are much more attractive forms for his life or for the life of Chocó than illegal activity.

The causes of crime in a region are multiple and the objective is to identify them comprehensively in the security councils developed with the new concept, he commented.

«The security councils will have this comprehensiveness in order to build a concept of Human Security, which seeks and identifies that the causes of crime are multiple; it is not one, they are multiple and, within this multiplicity of causes, many have to do with the social circumstances in which a population develops », he stated.

In this regard, the Colombian president announced that in the coming weeks a second, more comprehensive security council will be held in Chocó to seek solutions to the problems of violence.

Finally, Petro raised the possibility of launching peace processes in Chocó, with the participation of “all of society.”

“We also discussed or raised the discussion that should be opened in the department of Chocó, with the whole society, not only with the institutions, about the eventuality of peace processes, whether political or legal,” he concluded.