For the first time in 203 years of history, Colombia has a left-wing president led by Gustavo Petro. One of his bets to reactivate and improve the country’s agricultural sector was to appoint Cecilia López as Minister of Agriculture.

López is an economist from the Universidad de los Andes and has two postgraduate degrees in Demography and Economics of Education from the Center for Educational Studies of Mexico. She has served as director of the National Fund for Projects (FONADE), Vice Minister of Agriculture (1982), Ambassador to the Netherlands (1985), Director of the ECLAC Employment Program (1988), Minister of Agriculture and Environment (1996), Director of National Planning (1997) and congressman of the Republic (2006). Now, in 2022, she returns to lead this portfolio and her work experience, along with her achievements, bodes well for positive changes in the industry.

Regarding the new strategies to strengthen fruit exports in Colombia, Lopéz commented that they are a country with an immense diversity in the supply of fruits. “One of the main efforts that will be made is to encourage the production of native seeds such as rose apple, guama and lime; to recover fruits that have been lost and that could be interesting in the international market”, he added.

rose apple (Syzygium jambos) is a sweet, fleshy fruit and has a mild rose scent. The export market for this fruit is USD $4,190 million and it would be a great opportunity for Colombian foreign exchange to be able to be an exporter of the aforementioned fruit. The main exporter is Canada and the leading importer is the United States.

Although Colombia has the climatic and soil conditions for its production, in addition to having some associations in the subsector, there are still no technified crops in the country and all its production is artisanal. 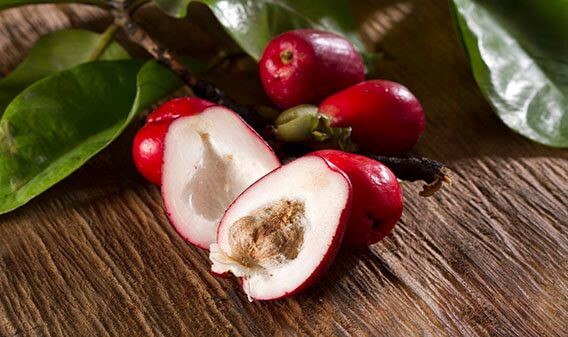 According to Julián Jaramillo, CEO of Data Rock, the new government is very focused on putting unproductive areas into production. Additionally, it proposes to generate more access to rural credit and for there to be a better participation of small peasant agriculture. The industry expects strategies that boost its own resources and know how the entry of new technologies will be to generate greater productivity.

“There is a very strong challenge that consists of evangelizing the countryside in three points: financial support, adoption of technologies, and the education and training of rural youth,” he concluded.

Meanwhile, Ricardo Jaramillo, president of the board of directors of Agrofuturo, believes that three benefits can be seen with the new government. The first is that the land in Colombia is used for crops other than fruit. By demanding greater profitability for the use of these lands, he believes that many producers will turn to the production of fruit and vegetables, which will allow a positive dynamism in the market. Additionally, Colombia has a different export window than Chile and Peru, which can complement each other. Therefore, there will be a rearrangement of the productive use of land in Colombia, which will benefit the fruit and vegetable sector.

The second benefit is that there will be more access to key services such as technical assistance and credit, since the new government wants to reach out massively and generate good conditions for farmers to develop alternative crop projects.

Finally, Jaramillo believes that there will be a greater focus on sustainability, stating that “Colombia is a country that does not have to cut down forests to plant fruits and vegetables; the productive reconversion simply occurs. With technology, measurement and information systems, the Colombian product can be valued if it has the traceability and the required information”.

In terms of challenges and according to the opinions of leaders in the sector, it is essential that in the short and medium term the bets of the new government should be more focused on improving the quantity and quality of the production of fruits that are already positioned in the market. Foreign.

This must be done through the implementation and easy access to new technologies, offering greater support to medium and small players in the export value chain, since having better offers improves the market and prices. In the long term, the recovery of native seeds is interesting to offer fruits such as rose apple and guama, which serve as alternate crops in coffee plantations, a sector in which Colombia is a leading country. However, the process required to see the results of the exports of the fruits mentioned in this article takes more than 4 years, which lasts the period of government.