Rescuezilla 2.4 is the new version of an application that defines itself as “the swiss army knife for operating system recovery”. Free and open source, it is another one of those software tools dedicated to maintenance, rescue and recovery that should not be missing in your arsenal.

Rescuezilla is a fork and continuation of the project Redo Backup and Recovery, which stayed on the road from 2012 to 2020. If the name rings a bell, it’s because it has a lot to do with the great Clonezilla. In fact, its core functions of clone a machine, partition or disk to be reproduced in another medium or in their own, are very similar. But compared to Clonezilla’s intimidating text mode interface, it provides a friendly graphical interface that makes this type of task easier and adds some additional functions.

The latest version Rescuezilla 2.4 has been released this week with one notable change, the update to Ubuntu 22.04 which serves as a base. It has two main functions that are defined by its name, Backup and Restore Y clone. The first generates images of an entire drive to an image file on a removable device or over the network, or restores such an image to a drive. The clone function works directly from disk to disk. The main screen also has functions to check an image or browse its content. And it is possible to restrict functions to only certain partitions. 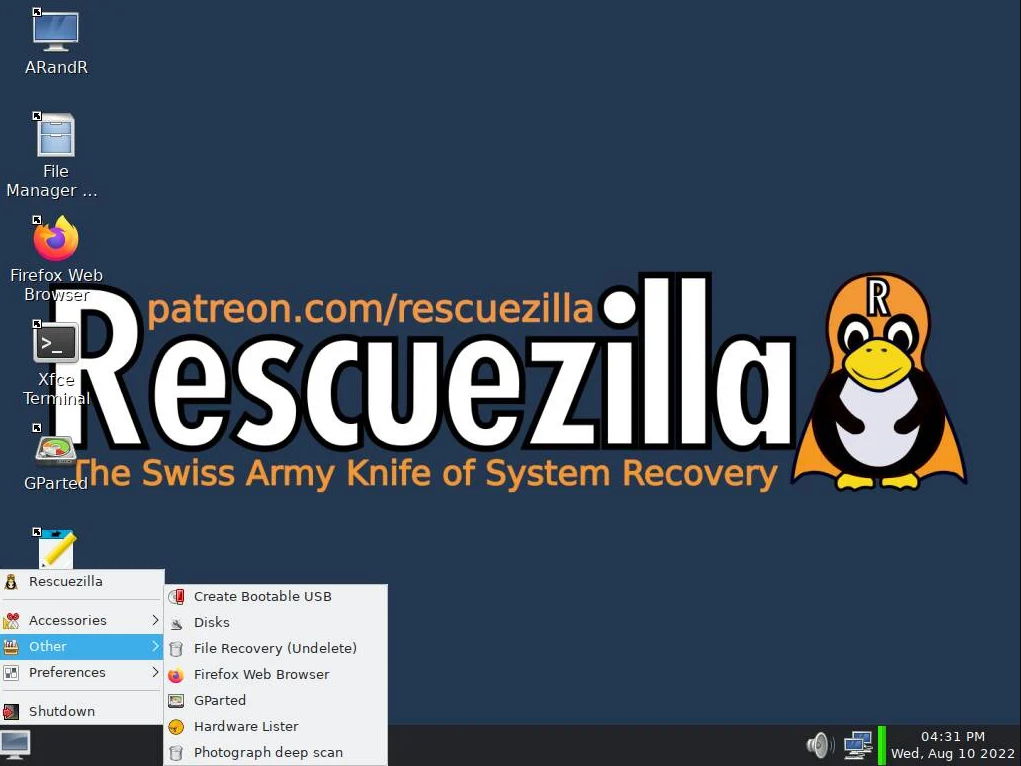 In addition to the main features, it includes Firefox as a web browser, Gparted, a text editor, and a terminal emulator. The desktop system is a minimal LXDE, and the start menu has an image viewer, a file manager, a screenshot tool, the text-mode TestDisk file recovery tool, and PhotoRec, which can scan damaged media. or corrupt looking image files.

Rescuezilla is capable of handling various disk formats and file systems, and work on backup and restore tasks on Windows, Mac and Linux machines with really minimal requirements (1 or 2 GB of RAM) in practically the entire range of existing processors from Intel and AMD.

Its startup is similar to that of other rescue tools. Download the Rescuezilla 2.4 ISO image, you “burn” it on an optical disk or better on a USB flash drive with applications like balenaEtcher or Rufus and you already have a “live” bootable media ready to use. A very useful tool similar to others (even more complete) such as SystemRescueCd Linux-based or the Hiren’s BootCD PE based on Windows PE.