Devaluation of the Lebanese pound at its lowest rate in history, high costs of basic necessities, shortage of electricity, water and medical services are currently dragging citizens to the demonstration in the absence of a government solution.

In southern Saida, residents blocked the eastern highway in front of Shafiq Hariri’s village and around the city’s power company by setting garbage containers on fire in rejection of the deterioration of the economic and financial crisis, reported the National Agency of News.

Through its Twitter account, the Army Command announced that a patrol was stoned and attacked with sticks by protesters near the Palace of Justice in this capital, while carrying out a security mission.

The confrontation caused the injury of four soldiers, forcing the military to fire into the air to disperse and arrest several people.

This incident occurred in the context of renewed tension between citizens and security forces in front of the Justice roundabout in Beirut, during the sit-in to demand the release of those arrested in connection with the Blom Bank assault last week. .

Local reports noted the closure of the main road at the Benin-Abdah roundabout at the southern entrance of Akkar Governorate in both directions, in protest of the continued arrest of activists Abd al-Rahman Zakaria and Muhammad Rostom.

In the midst of this panorama, criminal activities proliferate in the national territory and in northern Tripoli the number of robberies, pickpockets and daily assaults increase, according to deputy Karim Kabbara.

The previous week, the execution of seven raids on bank branches by depositors to demand the return of their money tensed the social situation in the nation.

In response to the attacks, the Lebanese Banking Association announced the closure of its institutions for three days until tomorrow; in an action that contributed to a greater appreciation of the exchange rate of the Lebanese pound against the dollar, according to economists. 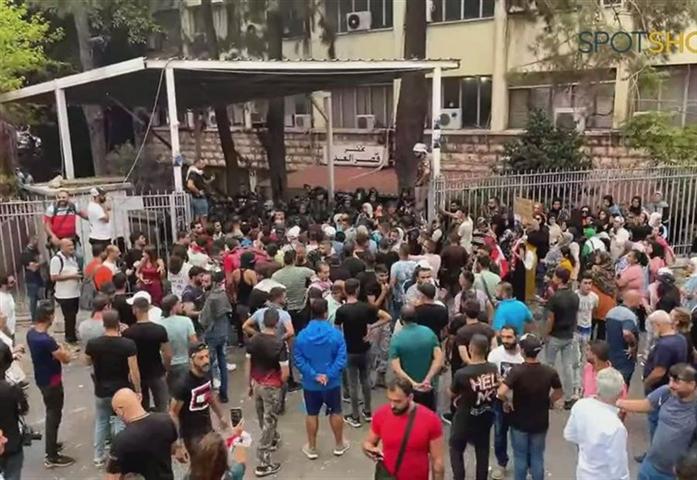 The non-formation of a government after the re-election of Najib Miqati as prime minister since last June, the fragmentation in Parliament, the continuous strikes of public employees and the collapse of the currency complicate the political scene in Lebanon, according to analysts.