during the last times we have learned of multiple tests carried out by Spotify, in addition to not a few announcements of functions and content that, yes, seem to be quite delayed in some cases. With regard to functions in tests, as we have already been telling at the time, some made a lot of sense, while others seemed more a response to trends, rather than the analysis of the platform and its users, in search of the improvements that they they could be waiting.

Recently, among the positive ones, we find the dedicated button for random play of the lists or the return to common sense, recovering Car View. On the downside, no doubt. the flop of Spotify Car Thingto the surprise of no one, or the join the NFT craze and, furthermore, doing it right in the thick of the crude crypto winter. Whether the final balance is positive or negative is something you must decide, individually, each of the people who pays to use the service. In my case, I still do it, but it’s just my personal opinion.

Today it became known a new initiative, by Spotify, which is undoubtedly in the first group, that of the actions that make a lot of sense, and that also has something that especially excites me. The fact is that, without making too much noise, the company has launched, in the testing phaseSpotify Tickets, a platform ticket sales to concertsalthough eventually it could make room, later, for other types of shows and events related to the content that we can find on the platform. 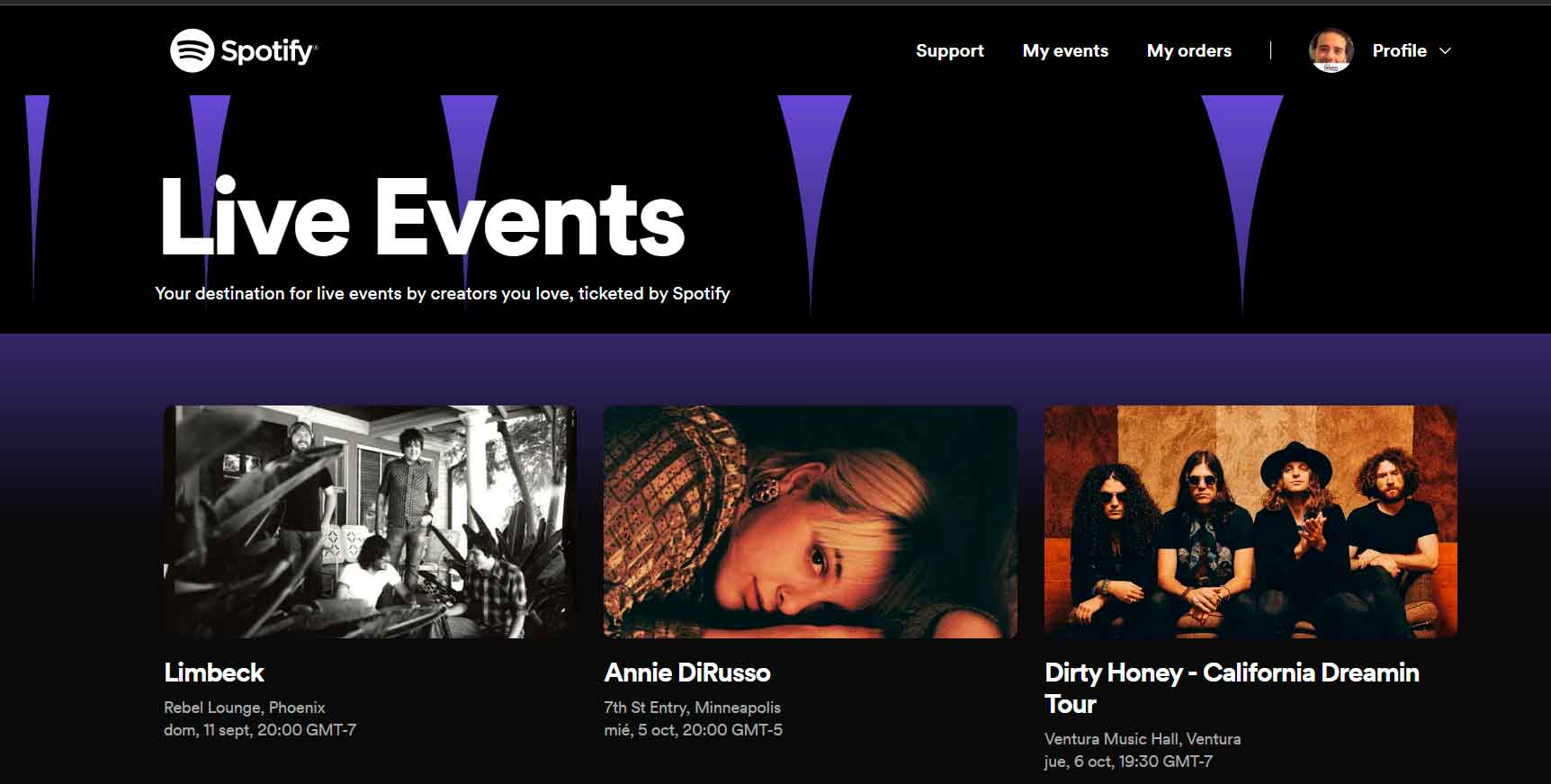 Although at first I was surprised that they resort to a specific web page, instead of concentrating said information on the profiles of the artists. However, if we think about it a bit, it makes a lot of sense. And it is that although many people are looking for very specific information, that is, when a certain artist or group will play in a certain location, there are also users who are not looking for something in particular, but rather want to see the concert offer in their city in the coming months. In those cases, if the information is only included on the artist’s pages, it will go unnoticed by the vast majority of users. Collecting the concerts on a website offers us an overview, something very practical.

And what am I saying that has excited me so much? Well, until now Spotify has collaborated with Ticketmaster, Eventbrite and See Tickets for ticket sales, but On this occasion, the company’s plans are to eliminate these intermediaries.. I’m not going to say anything about the companies dedicated to selling tickets today… I don’t think it’s necessary. But I will say that I hope that this move, by Spotify, will result in far fewer tickets ending up, in a matter of minutes, on insanely priced second-hand sales services.

Obviously this Spotify Tickets startup is humble, at the moment there are only tickets for seven shows in the United States, but I repeat that it is in the testing phase, and also that of concert tickets is a fairly complex world. Now, of course, it remains to be hoped that the first tests go well, that the platform can grow at a good pace and that one day, perhaps not so far away, buying tickets will not be synonymous with having to deal with speculators. If Spotify succeeds, music lovers will be in luck… and very grateful.