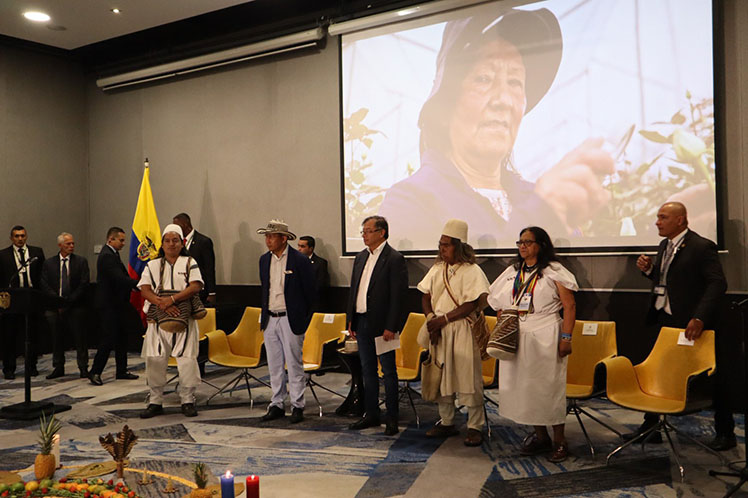 In an act for the International Day of Indigenous Populations, by handing over the cane, a symbol and ritual element that offers spiritual protection from Mother Nature, they recalled that they have taken care of Petro during all these days of the electoral campaign and will continue to take care of him in all the work as president. 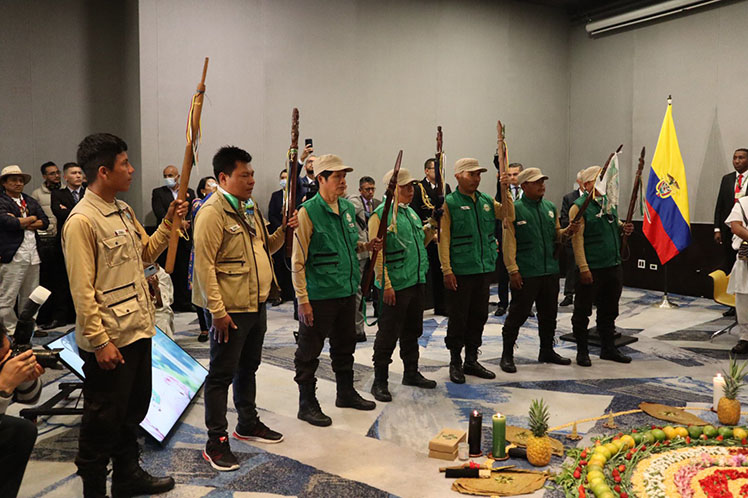 “Today you are protected by your ancestors (…) and we want to name you an honorary guard of the indigenous peoples,” they expressed when they handed over the symbol, made by an Amazonian elder.

In the delivery ceremony starring an indigenous girl, they remembered all their pilgrimage through the original communities of Colombia.

“You have been a guard since the time you walked in the territories and today we want to make this exercise official as a guardian of peace, a guardian of life,” they said.

Petro said that it is necessary to recognize in its specificity, in its difference, in some way, that the indigenous struggles, the resistances have achieved triumphs in the 1991 constitution that seem to be more rhetorical than real, but undoubtedly society has advanced in recognition .

The indigenous presence in Colombia has acquired spiritual power, which is the most important, cultural and organizational, he stressed.

He stressed that now, “to the indigenous movement, in addition to its classic traditional tasks of defending the territory, culture, autonomy, now a new theme is added: govern for Colombia.”

Now they govern for themselves and for others, something that did not happen in the past, added President Petro, who highlighted the role that his new ambassador to the UN, Arawak social leader Leonor Zalabata, will have.

Before his inauguration this Sunday, Petro also named Patricia Tobón, an Embera lawyer and Truth Commissioner, as head of the Victims Unit, and Giovani Yule, a Nasa sociologist, will head the Land Restitution Unit.

Colombia is one of the nations with the largest number of indigenous communities in Latin America with 102, among which the Wayú people, the Embera Chocó, the Guambinos or the Amazonian Ticuna and Nukak Maku stand out.

In the ratification of the 1991 Constitution, the ethnic multiplicity of the country was recognized and the indigenous communities were allowed to participate in the public and political life of Colombia, allowing their entry into the Congress of the Republic.

However, these populations continue to suffer from stigmatization, segregation and racism and despite the rights acquired and contemplated in the Magna Carta, they are often violated, but now they are beginning to live a new reality.

On December 23, 1994, the General Assembly decided by resolution that the International Day of Indigenous Populations be celebrated each year on August 9.

That date commemorates the holding of the first meeting, in 1982, of the Working Group on Indigenous Populations of the Subcommission on Prevention of Discrimination and Protection of Minorities.