The current situation of congestion experienced by the main port facilities worldwide, although it is improving according to the latest indicators, has motivated the large companies that own and manage terminals to draw up strategies to speed up their operations. In this context, port machinery represents a strategic factor. In fact, industry sources have corroborated the trend of greater use of equipment and an increase in investment in port machinery to improve its performance and in terms of digitization, in addition to opting for predictive maintenance and more sustainable equipment.

In this sense, the CEO of Paceco Momentum, Miguel Soler, has pointed out that the “main players in port logistics (manufacturers, terminals and shipping companies), have witnessed in recent times that the needs are positioned on the rise, to the time they are accompanied by a high degree of uncertainty caused by the great fluctuation in prices, terms and availability”. All these circumstances as a whole “obviously make it very difficult to close projects or force them to be carried out with a high degree of risk for the parties involved,” acknowledges the Paceco Momentum manager. For his part, the director of Konecranes Port Services Mediterranean, Vicent Lladó, maintains that, at this time, “port machinery is forced to work more intensely to widen the bottlenecks that are created”.

With regard to the demand for port machinery, the Export Director Ports & Maritime of Tratos Group, Jon Sojo, explained that the supply chain “is currently facing high demand from ports, both for terminals both existing and for new ‘greenfield’ type projects”. Sojo has clarified that this demand “is largely due to the strong investments that port operators are making to be more productive as well as sustainable”. Vicent Lladó (Konecranes) is of the same opinion and maintains that “greater demand is being perceived from port operators, both in the form of orders for more equipment and modernizations and improvements to increase the productivity and safety of their handling equipment. of loads”.

Miguel Soler (Paceco Momentum), for his part, affirms that the demand “is not increasing in terms of new acquisitions of port machinery, but an increase in economic investments is clearly observed in order to improve the conditions of the cranes currently operations to improve their performance. The CEO of Paceco Momentum introduces another “very notable variable that is changing the landscape of the port industry: the tendency on the part of terminals to study the possibility of integrating digital solutions in the port environment and developing a digital transformation that leads, with time, in an artificial neural ecosystem to increase the productivity, performance and profitability of the terminals”.

The future competitiveness of the terminals “passes not only by increasing capacities at the level of port machinery, but also by providing the terminal with automation and digitization solutions that interconnect all the actors involved in the logistics process of a terminal and that facilitate a more efficient and profitable management”, maintains the director of Paceco. In this sense, Vicent Lladó (Konecranes) corroborates that customers “are looking for modernizations and improvements for their cranes and equipment that can provide them with greater productivity, reliability and safety so that they can face with greater solvency the high intensity situation with which they have to live”.

The maintenance of port machinery is another key element in this context. Jon Sojo (Tratos Group) has stressed that the greater “use, the greater the need for maintenance and spare parts, a space in which we also observe a great demand for some time now.” The Export Director Ports & Maritime of Tratos Group has indicated that, in any case, “the terminals have improved tremendously in planning and predictive maintenance”. Miguel Soler (Paceco Momentum) has pointed out that it is true “that there is an increase in maintenance investments for port machinery in terminals”. As he explains, “since the terminals and shipping companies have the highest economic income, they tend to reinvest to improve the performance of the port machinery, but also with a view to integrating into new digital systems and improving production.” 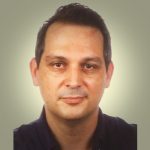 The director of Konecranes Port Services Mediterranean, Vicent Lladó, has stated that, in addition, “preventive maintenance intervals are getting shorter and shorter, so good synchronization between terminal operators and service companies is more important than ever” . One of the effects of the current crisis in raw materials is their scarcity and the lengthening of their delivery times, to which the port machinery sector is not immune. Vicent Lladó (Konecranes) has assured that some “delivery times are a little longer than before, although most of the time we find ways to mitigate it and soften the consequences for our customers”. The CEO of Paceco Momentum, Miguel Soler, added that customers, “when it comes to budgeting for port machinery, are already aware of the shortage of parts and price increases, something, on the other hand, common to all sectors industry today.”

AUTOMATION YES, BUT AT A SLOW PACE
Manufacturers are detecting a growing interest in automation, “but still at a fairly slow pace,” says Vicent Lladó (Konecranes). In fact, he insists that “automation technologies have been available for years, but still few have opted for them”. In 2021, “barely 5% of the world’s container terminals were automated,” he recalled. However, “every day we see new examples of visionary operators who, thanks to their commitment to innovation, have achieved very interesting and lasting competitive advantages by automating their operations.” Lladó has also pointed out that Konecranes’ projection “is that by 2040 the vast majority of terminals in the world will have followed these pioneers and will be fully or partially automated”.

Jon Sojo (Tratos Group) has highlighted that the interest in automation “comes from afar”. As far as the main terminal operators are concerned, “it is not something new”. As technology advances and solutions become more established, “we are seeing how they are implemented,” he says. In this sense, Miguel Soler has added that the ‘greenfield’ type terminals (those that already exist and are operating) “are beginning to value the concept of automation or, at least, that of semi-automation and understand these concepts no longer as savings in labor expenses (it must be borne in mind that it cannot be reached by union agreements in all cases), but as a tool to ensure productivity and competitiveness in the future”.

Regarding the main terminal automation trends, Jon Sojo underlined that the automation of the yards “is an already consolidated trend for important newly built terminals”. However, he added, “there are still very few that have implemented full automation.” The Export Director Ports & Maritime of Tratos Group has indicated that “a lot of emphasis and effort is being placed on R&D&I, focusing not only on automating for the sake of doing it, but on obtaining safer, more sustainable and digitized machinery , adapted to the current times”.

From Konecranes, Vicent Lladó affirms that, more than a trend, “it is a journey, the route to automation, that is, small and manageable steps”. In this sense, he has indicated that, first of all, “intelligent functions can be added to the equipment, be it sensors or lasers to create a powerful environment to help the operator”. Secondly, he has located the supervised operation, “the point at which the intelligent functions reach a critical mass and the crane becomes a semi-automatic equipment”. In this sense, “going from this point to a complete automatic operation would be relatively simple only by adding some additional automation technology”, he added, and clarified that these concepts “are basically applicable to patio equipment”.

ELECTRICITY AND HYDROGEN, MAIN SOLUTIONS FOR SUSTAINABILITY
The electrification of port machinery and its operation with hydrogen batteries are the two trends highlighted by port machinery manufacturers. For Konecranes, electricity is the technology of choice. Vicent Lladó has pointed out that, for now, “we think that totally electric port machinery, with batteries or hybrid, is the one that has proven to be as productive, reliable and safe as its traditional versions”. Right now, “other fuels like LNG still can’t guarantee productivity or safety, or maybe sustainability itself.” “Let us not forget”, he added, “that hydrogen today is also basically extracted from fossil fuels”. Paceco has taken “a step forward in its commitment to sustainability and is working on a response to the decarbonization of the port industry through hydrogen technologies”, said Miguel Soler. “To do this, it works on two different approaches: the first concerns a new port crane with a zero-emission hydrogen fuel cell power module. The second is directed towards the retrofitting of existing RTG cranes, through renewable hydrogen technologies”.