Toyota has recently launched its latest product, the landcruiser 300. However, in some corners of the world there is a veteran Land Cruiser that is still being manufactured, and it’s been no less than 38 years! We talk about Toyota Land Cruiser J70a model dating from 1984. In fact, orders have stopped because demand exceeds supply.

One of those countries is South Africa, hence the company SVI Engineering has taken advantage of the basis of pick-up to develop his latest project. What’s more, this company specializing in armored vehicles has launched one of the wildest conversions we’ve ever seen. Featured in the A.Africa Aerospace and Defense Showhas been named MAX 3 Six-Wheeler.

Although the concept presented at AAD2022 is based on the configuration of double cab body, SVI Engineering has assured that it will also sell the conversion for the single cab version. Later we will even see a conversion for the body SUVs known as Troop Carrier/WorkMate.

This Toyota Land Cruiser is crazy

Based on a Land Cruiser J79, SVI Engineering has added, first of all, a third axis. In addition, it has a modified second axis to align the wheel with the front ones, an “anomaly” present in the J79, as revealed by the expert in armored vehicles. For a better power of braking, the two rear axles benefit from disc brakes.

On an aesthetic level, it has been completely redesigned. You will only recognize it as a Land Cruiser inside. The sinister off-road vehicle looks like something out of a Mad Max installment and has been made with a armored steel plate that can survive an attack with assault rifles and anti-personnel grenades. As standard, it offers a protection level of EN1063 BR6. 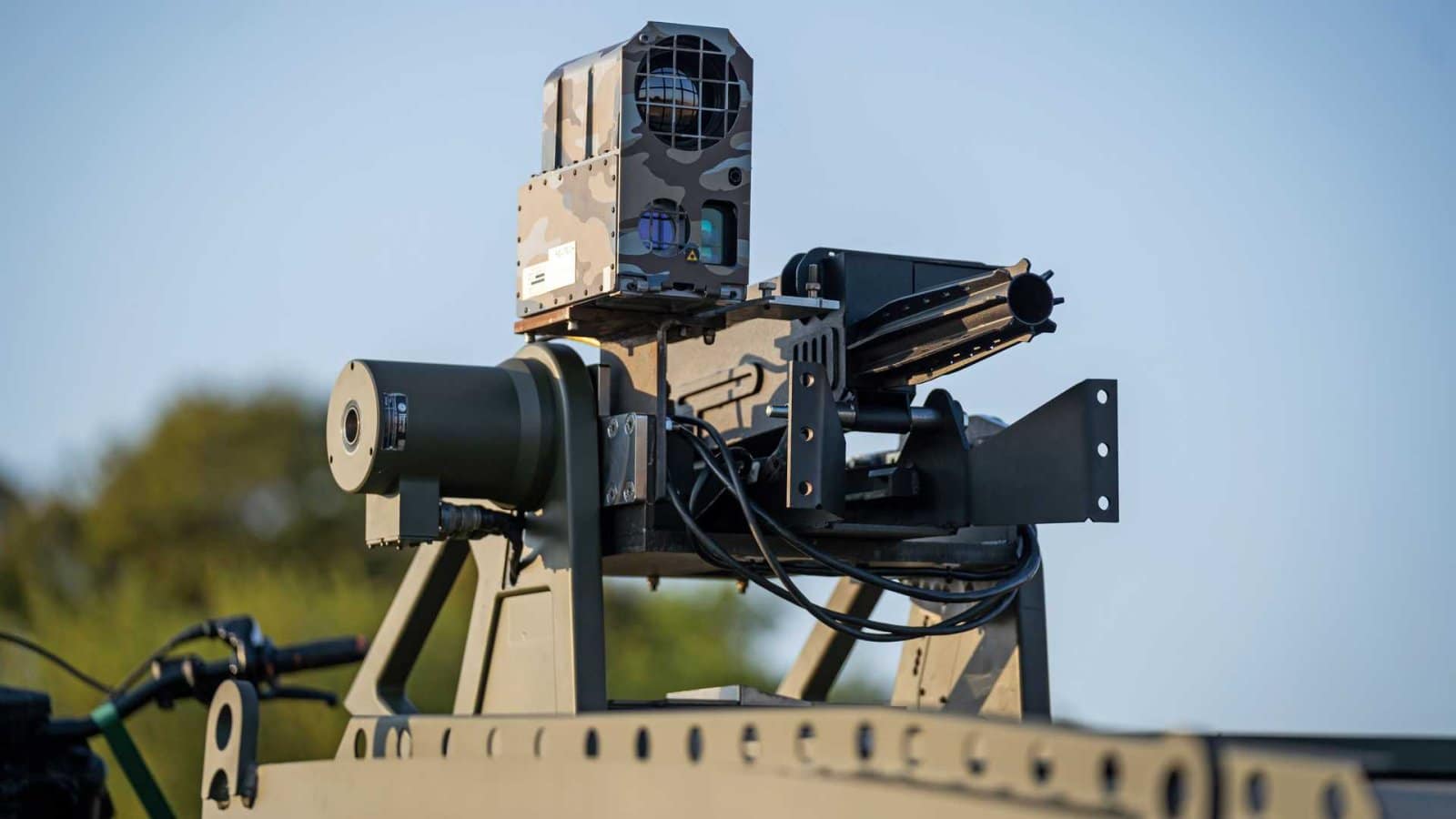 Those who need a security plus can also equip it with BR7 protection. To support the additional weight, SVI Engineering has fitted a new rear stabilizer bar. He has also made adjustments to the suspension. Under the hood remains the indestructible turbodiesel engine 4.5-liter V8capable of supporting a maximum gross vehicle mass of 5,500 kg.

One of the most curious features is the drone interceptor. It consists of a Radar that detects the location of a hostile drone and identifies it. The information is sent to the battle management system, which is connected to the automatic grenade launcher. Once the drone is destroyed, it can be retrieved using a rear mounted dirt bike.