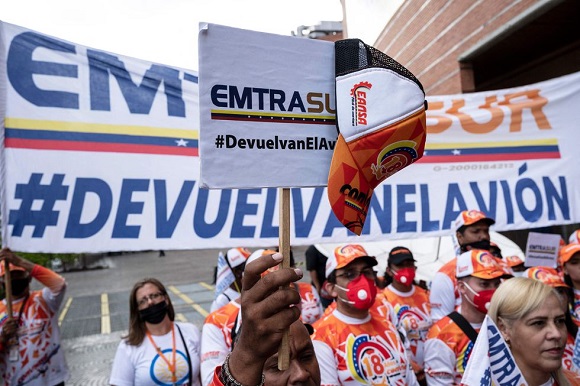 Workers of the Venezuelan airline Conviasa demand before the Embassy of Argentina the delivery of the Emtrasur plane hijacked in Buenos Aires, this Thursday in Caracas. Photo: Yuri Cortez/AFP.

The Minister of Foreign Affairs of Venezuela, Carlos Faría, described this Friday as violation of the Charter of the United Nations and international law the hijacking of the plane and the crew of the state-owned Aerocargo del Sur Transport Company (Emtrasur) in Argentina.

Through his official account on the Twitter platform, the foreign minister stressed that said action violates the sovereignty of Venezuela and, correspondingly, goes against the principles of international order.

In this sense, he expressed that “we raise our voices against the imperial interventionist policy”, when referring to the intention of the United States (USA) to appropriate the plane and its crew composed of 19 people, between Venezuelan and Iranian pilots, which has been held since June 8 in Buenos Aires. 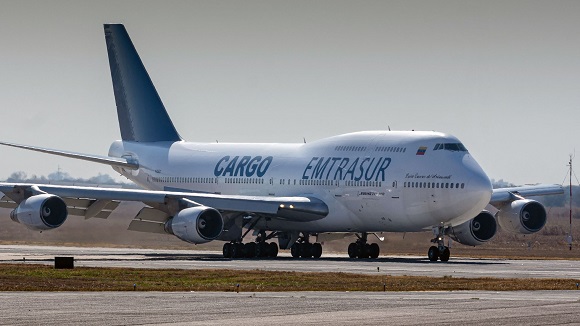 The Boeing 747-300 of the Venezuelan company Emtrasur, photographed on June 12, 2022 at the Córdoba airport (Argentina). Photo: Sebastian Borsero/AFP.

This without imputing any crime against them or justifying arguments, beyond the acceptance by the Argentine justice of an order from a US court in Florida to confiscate the aircraft..

These events have been criticized by the highest leadership of the Venezuelan Government, personalities and institutions of various kinds and the people in general.

In this regard, the President of the Bolivarian Republic, Nicolás Maduro, expressed his indignation, demanded the cessation of abuses against his country, and asked for the support of the people and unions of Argentina against this action that seeks to strip Venezuela of its assets..

He pointed out that “the Argentine authorities have done nothing to restore legality, despite the fact that the crew has not committed any crime, neither in Argentina nor in Venezuela, nor anywhere in the world.”

While, The National Assembly (AN) in full, with the unanimous support of its 277 deputies, approved an agreement that was delivered this Thursday at the Argentine embassy in Caracas, through which they demand the immediate delivery of the Emtrasur cargo aircraft.

My total support for the agreement approved in the AN in repudiation of the intention of the US to illegally seize the Venezuelan plane hijacked in Argentina. We will not rest until we recover what belongs to us. Venezuela is respected! We are united against injustice. pic.twitter.com/G1SqOSvhKJ

This same position has been adopted by the United Socialist Party of Venezuela (PSUV), and its highest representatives; among them the first vice president Diosdado Cabello who stressed that “We do not demand anything else, but that it complies with international law (…) It is a Venezuelan plane, hijacked by Argentina, with all the intention of seizing a good of all Venezuelans”.

Faced with the prolongation of the kidnapping, the Venezuelan people have mobilized since last Tuesday to repudiate interventionist policies and the theft of their assets abroad. 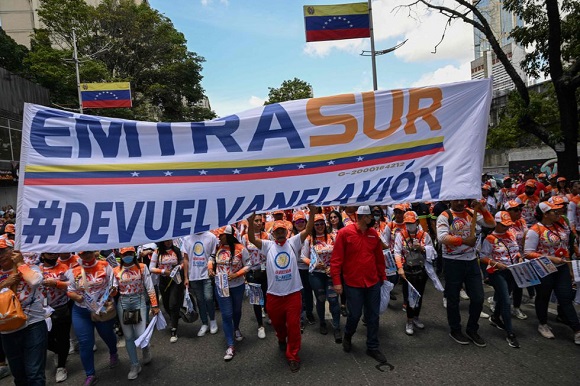 They demand in Caracas that Argentina release the Emtrasur plane hijacked in Buenos Aires for two months, on August 9. Photo: Federico Parra/AFP.